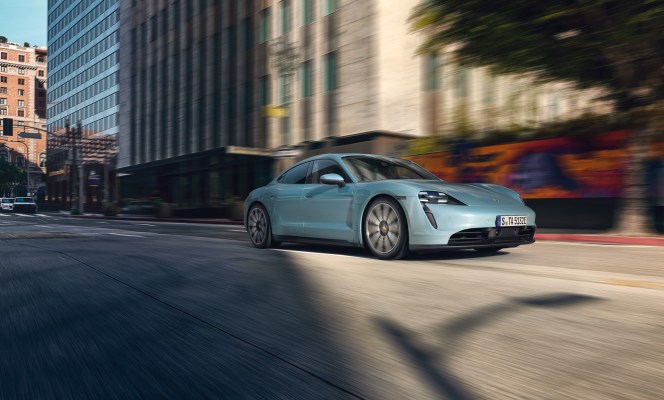 Porsche has added its first all-electric vehicle, the Taycan sports sedan, to its subscription and short-term rental program as part of a broader expansion that aims to build a new customer base of U.S. owners.

The German automaker said Thursday it is also expanding the Porsche Drive subscription and rental programs to five more cities — up from four. It’s now offered to customers living in Atlanta, Houston and Phoenix, and in California in Irvine, Los Angeles, Monterey, San Diego, San Francisco and San Jose. Porsche said it plans to continue its expansion in the United States throughout this year and into 2022.

Porsche’s programs are all about flexibility — and that comes with a price. The Taycan 4S model, which will initially only be available under the single-vehicle subscription or rental plans, cost about 20% more than the monthly cost of a comparable two-year lease. The Taycan 4S fee is $3,250 per month and the Taycan rear-wheel drive will be $2,500 monthly.

Renting a Taycan 4S under the short-term plan costs $335 per day for one to three days and $295 a day for more than four days. All prices exclude taxes and fees and any subscriber has to pay a $595 activation fee. Porsche is adding the Taycan rear-wheel drive model later this spring.

Despite the eye-popping price of these programs, they have been popular enough to warrant an expansion. Porsche Drive is booked out one to two months ahead in most markets, a company spokesperson told TechCrunch.

The automaker views these programs as a complement to selling and leasing cars, not a replacement, according to Porsche Cars North America President and CEO Kjell Gruner. About 80% of Drive customers are new to Porsche, Gruner said.

Porsche first piloted a subscription program in 2017 and has been tinkering ever since. There are now three plans, or tiers, that are all housed under its Porsche Drive vehicle subscription program, which was rebranded in 2020. The most robust plan is Porsche Drive – Multi-Vehicle Subscription, which offers customers the ability to swap through a variety of vehicles on a monthly basis. Porsche Drive-single vehicle subscription gives access to one vehicle for one or three months with an option to extend. Then there’s Porsche Drive – Rental, which as the name indicates, offers shorter-term rentals that are targeted to those who want access to the brand’s luxury sports cars and SUVs for a week or just a weekend.

All of these plans are accessed by the Porsche Drive app. Users can pick their vehicle and schedule concierge service for vehicle delivery and pick-up through the app. The subscription plans are all based on a flat monthly fee that covers vehicle maintenance and insurance.